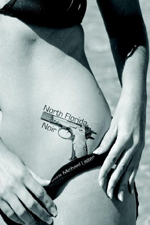 The mean streets of north Florida may be desolate rural highways or backwoods dirt roads, but they are no less capable of cruel indifference to criminal acts than their urban analogues. The ubiquitous slash pines remain just as silent as their concrete and steel counterparts in the asphalt jungle when witnessing the wicked and inhumane ways of humanity. North Florida Noir, the first in a series that explores the dark side of the sunshine state, is a collection of short stories that are noir in ways that only north Florida can be. From classic noir through contemporary neo-noir to future sci-fi-noir, this anthology traverses a diverse terrain telling disparate stories of desperate people committing dangerous acts and deadly deeds. Step back into the Panama City of the 1940 and meet wounded, woman-haunted PI, Jimmy “Soldier” Riley, in Michael Lister s In a Spider s Web. Soldier is the main character in a new noir PI series that begins with the novel, The Big Goodbye. Pensacola is PI, Connor Samson s beat, and in Florida s westward-most town, he s about to see how sweet, alluring, and ultimately deadly A Kiss Like Money can be. Written by Victor Gischler of Gun Monkey s fame. Guilt, shame, lies, what s a little deceit among friends? Explore the true nature of betrayal in Diane Vogt s Death s Deceit. Visit a Panama City Beach yet to exist in Lon Prater s bleak vision of the future in the sci-fi noir story, Legwork. Judge Terry Lewis, author of Conflict of Interest, turns the gavel on a retired judge and gives new meaning to the words Pea Bargain. These and many other dark crime stories await you in North Florida Noir.